Over the next fortnight, the whole school will be focusing on the works of Shakespeare and many of his plays. Don't worry! We won't be reading it in depth and it will be Drama based, allowing the children to access Shakespeare's themes and ideas of life through his plays.

Year 3's play will be 'Much Ado About Nothing'

Watch the following short animation about the play.

Once you have watched it once - chat with a grown up about it and then watch it again.

→ Look at the sentences below that tell the story of 'Much Ado About Nothing', read them carefully and put them in the right order. 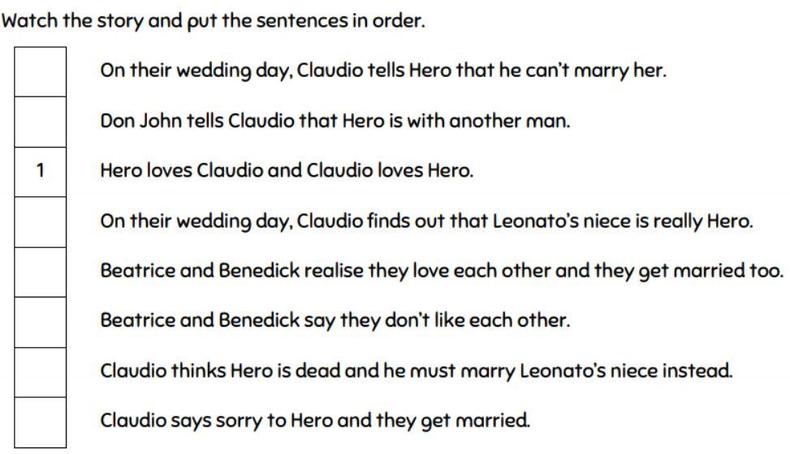 DRAMA - choose one of the parts of the play - not the whole play, just a part of it!

Decide how you can show one of the character's feelings in that scene. Could it be Hero or Claudio showing happiness for their love? Could it be Beatrice showing her dislike of Benedick?

Create an action that shows their feelings.

Freeze yourself in that action.

FINALLY - what questions have you thought of about the play? Write them down and think them over before tomorrow's lesson.