> WAKE ME UP WORKOUT - live from 9am
Start your day (or workout later) with The Body Coach - Joe Wicks.
> MATHS - adding decimals crossing the whole

Our Maths sessions will use a video to teach us and this will ask you to pause from time to time to answer questions. The questions are on a worksheet that you can view on your screen. Answer the questions in your Exercise Book at the Maths end.
You will use the worksheet and the video together.

STEP 1:
Click below to download the worksheet onto your screen. (it does not need to be printed)

Ask a grown-up to check or mark your work yourself using the answers below.
> ENGLISH

Before we begin today learning about travel into Space let's enjoy another story told by a real astronaut from the Space Station, about an astronaut!

For many years, the USA and USSR (Russia) were in a race to conquer space. In 1957, Russia sent Sputnik, the first artificial satellite, into space. President Kennedy responded by promising to send the first human, an American, to the Moon, which they did in 1969. Each country learnt more and more about Space travel and their engineers and scientists raced to be better than the other one.
Click below to watch the film to see some of their achievements as they raced...

Now watch actual film of the very first mission to land man on the moon.

The astronauts took off in the biggest ever rocket called Saturn V (Saturn Five).

The part of the rocket that landed on the moon was called Eagle.

Neil Armstrong was the first human to ever set foot on the moon.

Today's writing
Yesterday in English we read and answered questions about Chris Hadfield: a Canadian astronaut's account of his first time taking off into space. He described how he felt, how the take off felt...."It feels as though we're being shaken in a huge dog's jaws, then seized by its giant, unseen master and hurled straight up into the sky, away from earth. It feels like magic, like winning, like a dream."

I would like you to imagine that you are Neil Armstrong... the first human to ever step onto the moon... imagine how you felt climbing down that ladder... touching the Moon's dusty surface with your foot... wondering what might happen.

In your exercise book at the English end write a first person descriptive account of those first few moments...the first few steps...

How did I feel? What crossed my mind? Sounds? Sights? What did my suit feel like? What did the moon's surface feel like? How was I moving? What did I do?

"As the door of Eagle opened I saw for the first time the dusty grey emptiness of the Moon's surface, a place that no human had ever stepped foot. I slid nervously out onto the ladder, my big heavy boot clunking onto the first step..."

In 1972 scientists and engineers sent a new rocket into Space. No people were on board. It just had computers and cameras. It's job was to go far out to the edge of the Solar System and photograph Jupiter and then go beyond. It was called Pioneer 10. 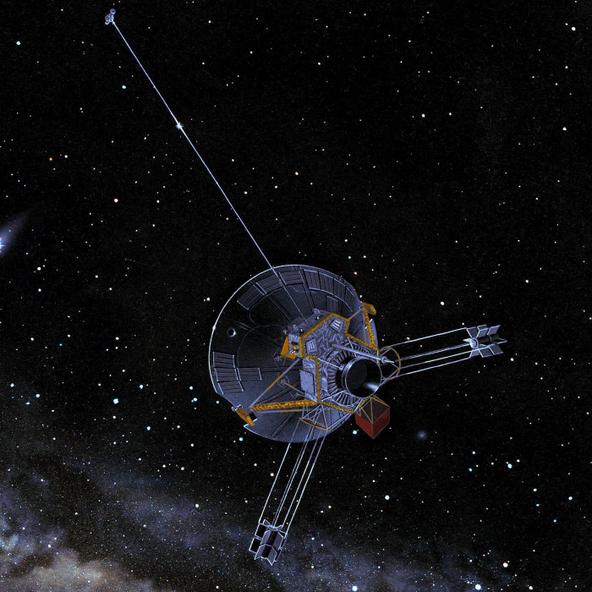 What is interesting about it is that on board Pioneer is a picture. A picture drawn by humans and put on Pioneer in case it is ever discovered by alien life far in deep space. It shows what humans look like... and one is saying 'hello'; it shows our solar system and where the Sun and our planet is. It shows in code some other facts about our planet. It shows the Pioneer spacecraft. Notice it is a 'line drawing'. I wonder what aliens would think of our picture.... 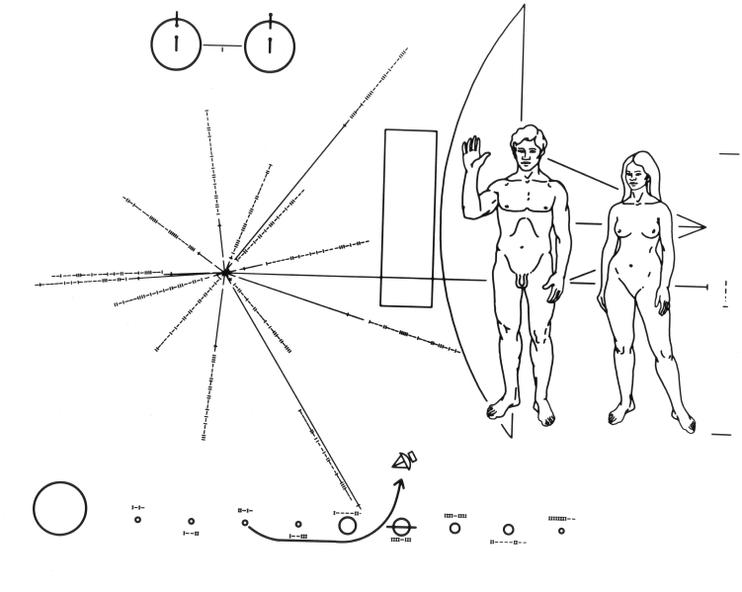 I would like you to draw a picture (a line drawing) that you would put on a spaceship like Pioneer. What things would you include on your drawing for aliens to see? What would be important for aliens to know and understand about Earth? Think detail....

Thursday is our PE day.

So today for PE you have a number of choices. Which one will you choose?

Can you invent a new version of a well known game but using something silly?

Go for a walk, jog or bike ride.....enjoy the fresh air...sunshine and quiet.

Bonus points if you spot anything white e.g:

5) A person wearing something white

> STORY
We can continue to enjoy another story written and read by David Walliams. Find somewhere to relax comfortably and enjoy...
Is David Walliams not to your taste?

If not, then visit our audio library where you can listen to books such as Harry Potter and a whole library of books and stories! Find somewhere comfortable...click below and then choose a story to listen to.

Unfortunately not the ones with chocolate chips.

Some cookies are necessary in order to make this website function correctly. These are set by default and whilst you can block or delete them by changing your browser settings, some functionality such as being able to log in to the website will not work if you do this. The necessary cookies set on this website are as follows:

Cookies that are not necessary to make the website work, but which enable additional functionality, can also be set. By default these cookies are disabled, but you can choose to enable them below: